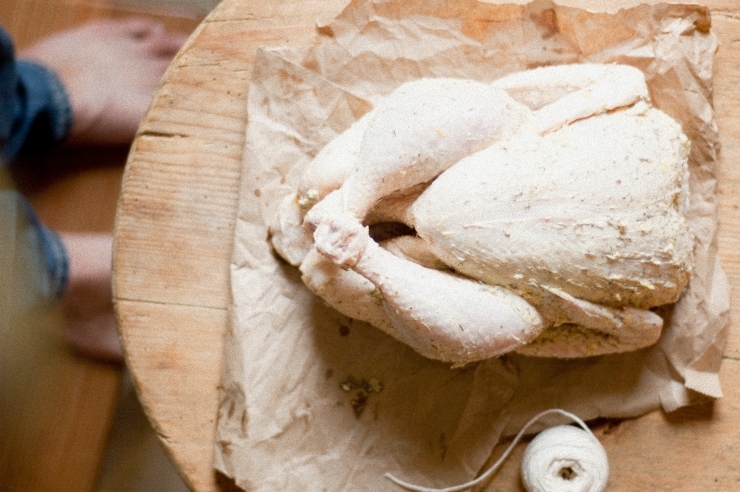 I spent the last month baking, cleaning, spending time with family, and brooding. I did a lot more of the latter. It’s one of the main reasons I picked up and went missing for a while. I needed time to collect myself and finish tasks that were long over-due, before I sat down to make anymore photos and posts to share.

During that time, I baked pies and brownies for those dearest to me. I washed dishes more times than I can possibly remember.  I gave my attention to the laundry that patiently sat, piled behind the wooden divider in the corner of my bedroom since (gulp) late May. I ate at a Michelin Star restaurant. And I retreated, languished, and took some time for myself to accept that I needed to be useless for once. I needed to reset myself.

A few hours each day were spent lying lazily on our sofa with a book in my face. The roaring of the air condition in our living room was silenced, followed by a zoop of the windows being slid open. The afternoons were warm cups of tea on a rainy day- as hushed as a sleeping baby, and heavy with languor. 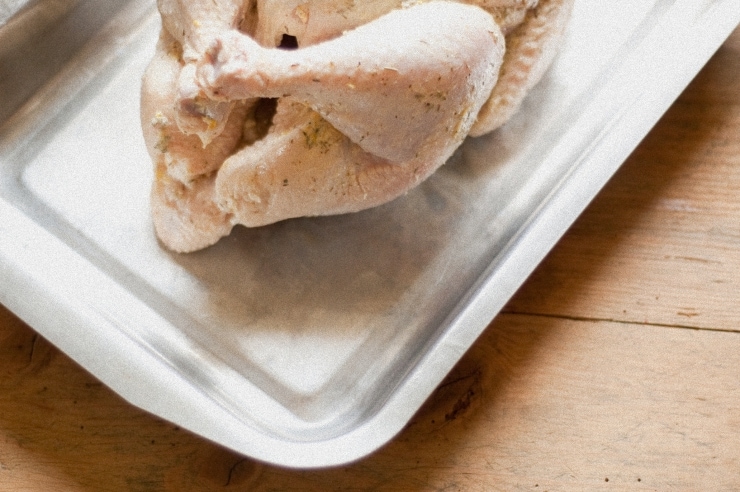 My last reading session ended with me dawdling into the kitchen, thinking about what would happen in the next chapter of the book, “Maybe Scarlett was kidnapped. No, it can’t be… She probably wandered off into a pastry shop nearby.” I set the oven, and opened the baking cupboard beside it and separated the roasting tray from the other baking pans.  I put the roasting tray on the counter near the sink, and yanked open the refrigerator door, pulling out a carefully wrapped whole chicken from the bottom shelf. My mind immediately jumps to a sentence from the beginning of the book: COULD YOU KILL AN ANIMAL?.

I wander away from the thought, thinking it’s silly, and proceed to remove the bird from the butcher paper. Instead of carelessly dropping the chicken, I placed it in the clean sink. The thought of ever being able to kill an animal still lingers in the back of my head, which makes me feel like I owed something to this chicken- it demanded respect; it was the least I could do, I guess. After all, it unwillingly gave its life to become my family’s dinner.

I go ahead and bathe the chicken in cold water, then dab it dry and carry it–as carefully as one would carry a baby– to the roasting pan. I felt ridiculous. After a quick hand wash, my wandering mind remembers about the butter, herbs, and the lemon I’d forgotten to take out earlier.  I toss a half the package of butter into a bowl, and give it a quick whirl in the microwave until it softens a bit. Meanwhile, I zest a lemon, and slide my thumb and index finger along each sprig of fresh rosemary and thyme, separating the glorious verde leaves from the twigs. I open the metal lid on a glass jar of Turkish Oregano, and grab a heavy pinch and crush the dry herb in my palm. I let the fragrant leaves pile onto the cutting board, mingling with the other herbs and the redolent lemon zest. I bent down to smell the fresh herbs- immediately, I was transported to paradise. 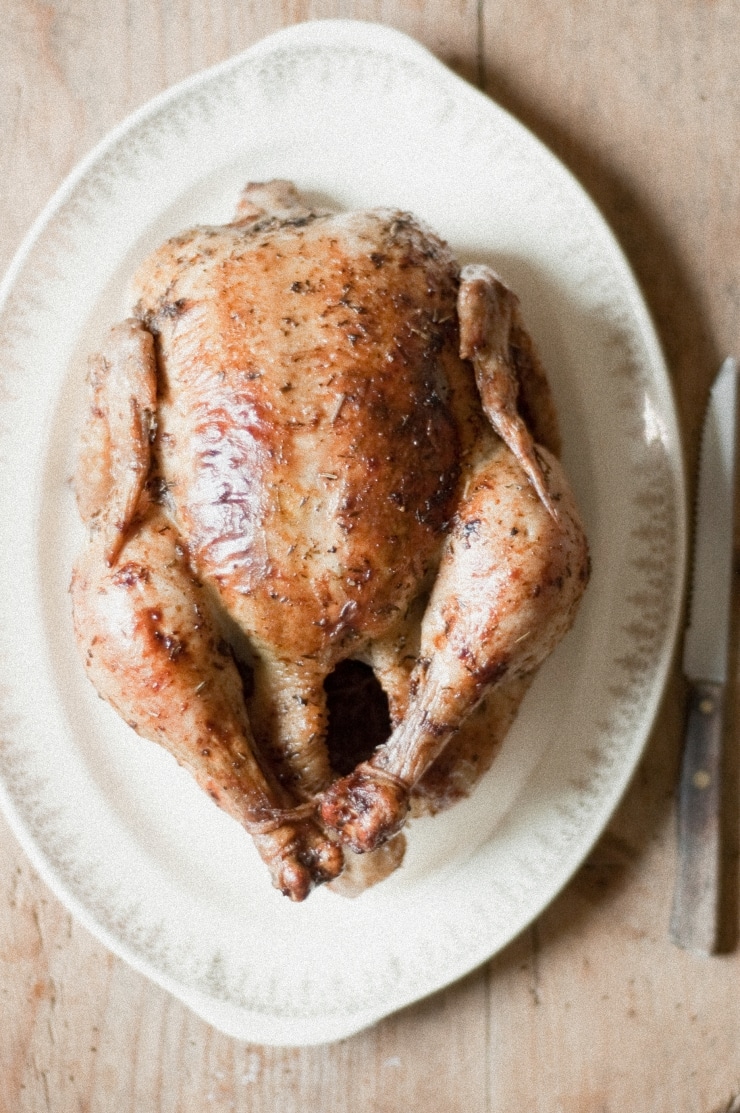 I push the herbs and lemon zest into the bowl of softened butter, and mix it with some sea salt and freshly cracked black pepper. I taste the butter with the end of a spoon and  grin. Perfection.

I toss the spoon into the empty metal sink, pick up the bowl and turn to the chicken. My entire body freezes, and I ask myself again, “Could you kill an animal?” Only this time, I don’t wander away from it. I stand still, staring at the chicken, trying to form a satisfactory answer. I stand their thinking to myself, “Could I? Would I? I like eating the stuff, but why would I want to kill anythi-”. Beep. Beep. Beep. The oven is done preheating, and I wake up from my moment of contemplation.

Some of our meals are usually a slow affair- always carefully put together, which I don’t mind, but preparing this chicken took much longer than I anticipated it to take. I was stuck in a meat eater’s quandary, only I wasn’t really killing the chicken; it was already dead. 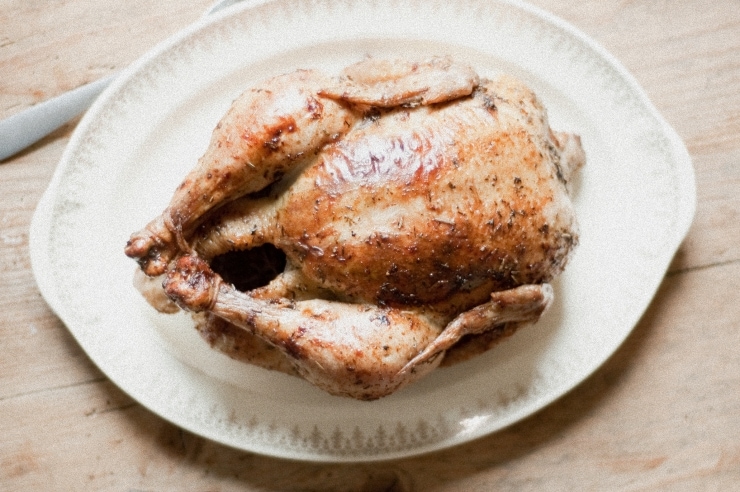 I ripped open a paper bag, grabbed the chicken, and the bowl of herbed butter. This chicken demanded special attention, and most of all- respect, especially if I was going to cook and eat it. So, I put the chicken on the paper bag, and began massaging the entire bird with the butter. Slightly frustrated with the chicken, I picked up my pace. I  quartered and peeled a small onion and cut the zested lemon in half and threw it into the cavity of the chicken along with the quartered onion.

I tied the legs of the bird, pinned down the wings, and put it back on its roasting tray; into the oven it went. Once the oven door was shut, I let out a sigh of relief and walked away.

This was the first time a chicken made me feel so… Cruel. Maybe it was just the book getting to me, or was it that deep down inside I wanted to live a vegetarian lifestyle? I can survive a long time without eating meat. We don’t eat meat everyday in our home. It wouldn’t be a big step at all, but what would I do when I have craving for my aunt’s Biryani or when I have an inexplicable craving for lamb chops?

A little less than an hour into roasting the chicken, my nose smelled something familiar, homey, and comforting. I took a peak into the oven, and basted the chicken with the juices that unhurriedly dribbled into the roasting pan. I asked myself the question of the day, once again, only this time, I had a response for myself. Yes, I would, but I’d treat it with as much respect as I did the chicken in my oven. It gave its life; respect and care is the only way I can thank it. It’s not a perfect answer, but it’s satisfactory.

Clinggggg. The timer jumped, and I ran into the kitchen, grabbed an oven mitt, opened the oven door, and took a moment to stare at the gorgeous bird. I let it rest covered with aluminum foil, while I threw together a simple salad, and popped twice-baked potatoes in the oven (Note: Coming soon. I promise!). The intoxicating smell danced through the cracks beneath every door in our home; “Dinner!”

In seconds, hands were washed, chairs were dragged against the linoleum tiles, utensils clinked about, and  plates were raised. Damn chicken.

Whether you have fresh herbs or dried herbs on hand, this roasted chicken can be made throughout the year on any day of the week. The herbed butter can be prepared a couple days ahead; just let it sit at room temperature before you decide to roast your chicken.

If you don’t know how to truss a chicken, this video is really helpful. I will admit, I don’t always truss my chickens as perfectly as the chef did in the video. I usually just tie the legs together with butcher’s twine and use some poultry pins / toothpicks to keep the wings on the side of the bird, and call it a day. This step is not entirely necessary, but it does allow the chicken to cook evenly and it makes it look more presentable. If you haven’t any butcher’s twine, use unwaxed dental floss instead.

Basting the chicken with the pan juices, and rotating the pan seems like an unnecessary chore, but it allows for the chicken to get beautiful color while it’s roasting.

Discard chicken giblets. Remove any excess fat from around the cavity of the chicken, and discard. Rinse the chicken and pat it thoroughly dry, inside and out.

Rub the entire bird- inside and out- with the butter.

If you have the patience and dexterity, gently loosen the skin from around the chicken and rub some of the butter underneath the skin. Not everyone is made for this job, so if you’re not up to this, or fear that you’ll tear the skin, you can skip this step; your chicken will be perfectly fine. I promise.

Stuff the cavity of the chicken with the lemon halves and the quartered onion (Kamran note: if you want, you can also throw in a few sprigs of the fresh herbs and a head of garlic cut in half crosswise).

Truss the chicken (refer to headnotes).

Roast the chicken in a large flameproof roasting pan, basting with pan juices every ½ hour, rotating the pan. The chicken is done when it is browned all over, and the juices run clear when you cut between a leg and thigh, or an instant-read thermometer inserted in the chicken’s breast reads 155F / 68C and the drumstick reads 180F / 82C. This should take about 1 hr 50 mins.

When the chicken is cooked, remove the chicken from the baking tin and leave it to rest on a large plate or platter, covered with aluminum foil, for at least 10 minutes before carving.

Sprinkle with sea salt, to taste, and the remove string from around the chicken before serving.

The End of the World and Soda Bread