This quick and Easy Irish Soda Bread Recipe is made without yeast and requires only a handful of basic pantry ingredients. Toast it up and server it with jam! 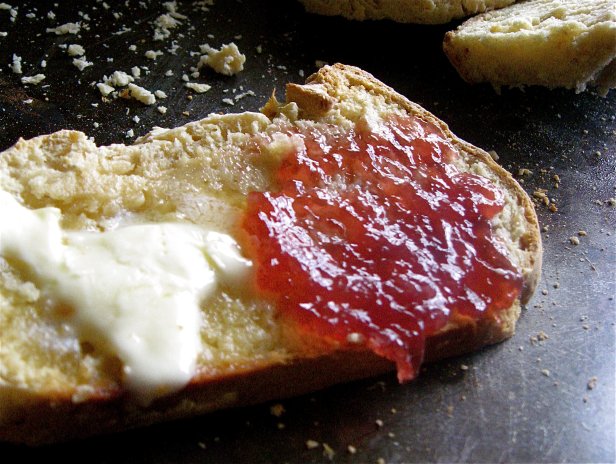 You know it’s the end of the world when you’re out of bread and need to make a quick and simply Irish Soda Bread. Well, it’s like that in my house. If there is not fresh bread, or even sliced bread, in my house it’s literally the end of the world. Bread is what keeps our family running in the morning (I’m being serious). Some toasted bread (including soda bread), butter, and jam goes with everyone’s breakfast.

Today, we were out of bread. It was about 6:45 in the morning and I discovered that there was no bread (gasp). I was not going anywhere that early in the morning just to go buy some bread. So, I did what my mother wouldsometimes rarely do when we ran out of bread. Bake some more. I wasn’t going through the agony of letting my dough rest or making a bread that would require a two or three hundred dollar Le Creuset dutch oven just to bake in. We’re poor here. We can’t afford that expensive stuff! Yet.

So, I went to one of the easiest bread recipes to make (and it doesn’t require yeast!)- Irish soda bread, or as some people like to call it soda bread, or spotted dog (Oh, I know, there’s another name too, but I like to keep it PG here). Didn’t get my joke? Keep thinking.

This recipe is actually the first Irish soda bread recipe that I have ever made, and it’s been a go-to for years. After making plans to celebrate St. Patrick’s day with my step-father’s family, I volunteered to bring the soda bread.

I thought that day would be a big mistake since I had to slave in the kitchen to make several loaves of Irish soda bread, but the soda bread came together rather quickly and tasted amazing.

Now, let’s get straight to the recipe: